If you haven’t been at the Melbourne-Orlando International Airport recently, you might not recognize it. The airport hosted a ribbon-cutting event recently for the new Terminal Renovation & Expansion Project. $72 million worth of upgrades are now in place to enhance the traveling experience for passengers, including the addition of 86,000 square feet of new […]

Cool Today But A Warm Up is Coming

Although most of us here in Brevard County are on the milder end of it, last night was another chilly one, and this morning is another cool one in much of Central Florida. Today will remain cool, as forecasters are calling for our highs today to top off only in the mid-60’s in most areas. […] 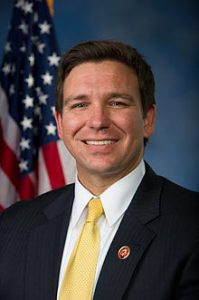 DeSantis Praises Officers for Law and Order in Florida

It’s often talked about as a problem and potential safety hazard, but now lawmakers in Tallahassee are taking a closer look at what many say is a dangerous practice. A law has been proposed that if passed, would prevent people from driving in the left lane on roads with speed limits of at least 65 […]

A project is underway that would use nuclear power to take astronauts to Mars. NASA says nuclear thermal rocket engines would be more efficient than using conventional chemical propulsion for such deep space missions… or travel beyond the moon’s orbit. Now, NASA has earmarked $110 million of its annual budget for the development of the […]

The Florida Fish and Wildlife Commission is now recommending that charges be against a man who was caught on video in Brevard County, beating a shark with a hammer. The video was taken last month in Indian Harbor Beach. In it, a fisherman who caught what appeared to be a five-foot shark, clubbed it to […]

Someone in our area is a lot better off financially after a winning Fantasy 5 lottery ticket was sold in Barefoot Bay. The ticket was sold at the Barefoot Bay Food Store according to the Florida Lottery. The lottery say the total prize is $34,860, but there were five winners who will share it. The […] The Brevard County Sheriff’s Office announced on Wednesday that a man was shot dead after he fired a shot at the county SWAT team during a search warrant for illegal drugs. It all happened along the 7000 block of A1A in Melbourne Beach, where a woman was injured during the shooting and had to be […]

Powered by WordPress | WP Newspaper by WP Mag Plus